Although it’s often easy to use public Wi-Fi when you’re traveling, it’s also easy for someone to eavesdrop on your Internet sessions, even with Wi-Fi encryption enabled. 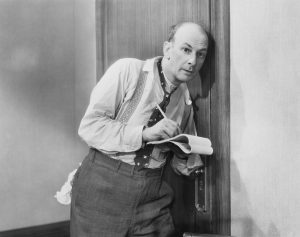 For example, the free network management tool Wireshark has a built-in function that automatically decrypts network traffic as long as you input the Wi-Fi password, which is typically posted on a sign for everyone to see.

Why do people want to view Wi-Fi traffic? The motivations are similar to why people attack computers in general: To steal money or steal secrets (e.g., passwords, social security numbers, pending business deals) that can be sold for money. Others with political agendas also steal data to further their cause.

Wherever you are, avoid public Wi-Fi in favor of a portable hot spot. Often, you can activate one on your mobile phone if you have that feature from your carrier. If you have no other choices and must be online, turn on a virtual private network (VPN) as soon as you can after connecting to someone else’s Wi-Fi. If your company doesn’t have a VPN, you can get one yourself, often for free, from a provider such as the highly rated CyberGhost VPN.

Final thought: Just because Starbucks, or some other trusted brand, offers free Wi-Fi doesn’t mean their Wi-Fi is as trustworthy as their paid products and services. Data thieves count on this confusion in the minds of consumers to steal data from everywhere they can!